Olivine is an ancient gemstone variety, mainly one of the earliest minerals formed when the magma crystallized. The ancient Egyptians used it as an ornament more than a thousand years ago; the ancient Romans called it the "jewel of the sun". It is believed that the power of olivine is as great as the sun, which can remove people's fear of the night, and at the same time, it will give the wearer a gentle and peaceful feeling and use it as an amulet to drive out evil. Olivine is the birthstone of August. 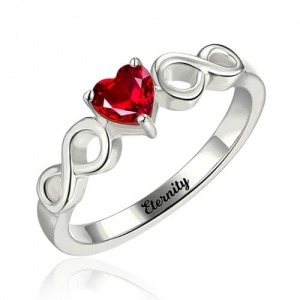 Olivine has many inclusions. It is difficult to find totally clean olivine. Among them, the emerald green olivine from Myanmar is the most popular and the price is expensive. The most characteristic feature of olivine is a bit hazy, unlike other green gems are so transparent.

When it comes to olives, many people first think of edible, small green fruit with a yellow-green appearance, because Chinese medicine believes that olives have the functions of clearing heat and detoxifying, being good for throat and clearing phlegm, and quenching thirst.

The olivine we are going to introduce today is a gem. Although it is not edible, it also has great benefits to the human body. Next we will talk about what is olivine, and the efficacy and role of olivine.

Olivine is an iron-magnesium silicate mineral. Because it is mainly yellow-green in color, it is very close to the appearance of olives, so it is named as olivine by people. Because of the unique yellow-green tone of olivine, it is like an emerald under the sun at dusk, so olivine is also known as "emerald at dusk". However, this does not mean that the color of olivine is only yellow-green, it can also show verdant green, light green, green, light yellow, green black, and even white, among which emerald green or dark green is the best.

After understanding olivine, let's talk about what are the effects and functions of olivine. Olivine has been regarded as the birthstone of August in foreign countries, and it is also the lucky stone that symbolizes the happiness of husband and wife. It is believed that wearing olivine can achieve long-term stable feelings, and at the same time can promote trust between husband and wife.

The role of olivine is because of its fresh and bright color, so olivine has many effects and functions in terms of emotion. For example, it can dispel negative emotions such as tension and depression, and can soothe nerves, relax people, and get a peaceful sleep.