If you were asked to think of a mysterious symbol, what would you think of? Presumably most people think of the cross first. This type of symbol is particularly common in jewelry. Many people have one or two cross necklaces or accessories, but do you really know it? 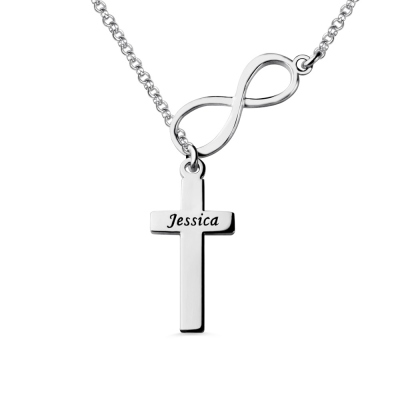 The Byzantine Empire, which has existed for more than 1,000 years, deserves to be one of the greatest empires in the world. The Byzantine style was more abstract than realism. In addition, the artists at the time liked to create with religion as the theme. The cross at that time was not just two lines crossing vertically, but a uniquely modified artwork. Some crosses painted a portrait of Jesus, the Virgin, or a saint to deepen its religious uses. Gold crosses inlaid with pearls and precious stones not only decorated the Eucharist boxes of the church, but also appeared in large numbers on brooches and necklaces of men and women.

In Europe at the time, priesthood was higher than imperial power, and due to economic prosperity, European royal families and nobles sponsored the construction of many churches. In such an atmosphere, artists active in various European countries have perfectly combined art and religion to create many outstanding works of art. Thanks to economic development, people discovered more kinds of gems during the Renaissance. The crosses in this period also became more luxurious and gorgeous. Under the strong religious background, people thought that the most precious and beautiful gems should be dedicated to Lord to express love for the Lord.

After the baptism of the Second Industrial Revolution, the art of jewelry in the Art Nouveau period has taken on a new look. With nature as the main source of inspiration, new gem materials are used to make jewelry. In addition, coupled with the increasingly sophisticated craftsmanship of the artists, contemporary French critics agree that jewelry art has undergone a magnificent transformation during the Art Nouveau period. As one of the most iconic artists of the time, René Lalique promoted the development of Art Nouveau, and his design style was religious aestheticism. Cross jewelry in this period mostly used various semi-precious stones as the main material, and most of the craftsmanship used Renaissance gold carving and enamel techniques.

The postmodern period is the period when various artistic styles are flourishing. After World War II, hippies against traditional religions appeared in some European and American countries, and punk rock with strong resistance was also popular. During this period, Madonna, Jenny Jackson, Prince, and others rebelled against mainstream culture through popular music. At this time, the cross was often used for fun in the fashion industry, and the production materials were no longer limited to precious metals. The cross gradually faded away the aura of religion and even became a simple ornament.

In the contemporary era, the cross is no longer a symbol of status power and wealth. It can express belief, can be simply decorated, can stimulate creativity, and can return to tradition.

Pearl is a commonly used jewelry material in the East, symbolizing perfect holiness. When it is combined with the cross of Western religious symbols, it instantly subverts the traditional design concept, interpreting an Oriental designer's self-understanding of religious beliefs, and conveying the unique mood of God, love and faith.

Hollow design has always been highly sought after in the concept of contemporary jewelry design. The buzzword “tasteful simplicity” in the European fashion industry has awakened many people as if it is a beacon. The contemporary minimalist design style has abandoned the heaviness of large pieces of metal, preserved its gentle and delicate gloss. The cross is cleverly expressed with different materials on both sides, and it uniquely tells the meaning of contrast between light and dark, black and white, beauty and ugliness.

Now that the original cross has been restored to set off people's personality, the same cross can also emit a different breath on different people. However, after thousands of years of polishing, the cross will be as mysterious and unforgettable as ever.