Hamsa hand (Arabic name: فاطمة يد or خمسة) is a palm-shaped symbol and amulet that is common in North Africa and some Arab regions. There are many applications in the fields of tattoo, jewelry, pendant and so on. Most of the time, its image is an open right hand with an eye painted in the middle of the palm, symbolizing the meaning of protection. 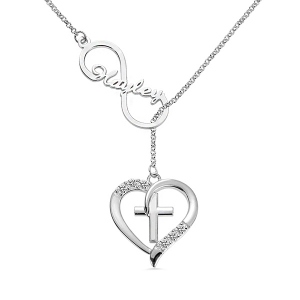 The use of the image of a hand amulet in Jewish culture is intermittent. This symbol was often used by Hispanic Jews in the late nineteenth and early twentieth centuries, and over time, it became less and less by the middle of the twentieth century. However, hand amulets have always existed in Judaism and can be traced all the way back to biblical times. As mentioned in the Ten Commandments, this is the "powerful hand" of God that "leads Jews out of Egypt." (Deuteronomy 5:15) Later in Byzantine and even medieval European Jewish art, "Hamsa" was seen, that is, the hand of God came from heaven. There is also evidence that this symbol was used by medieval Spanish Jews. Historians such as Shalom Sabal believe that after the Jews were deported from Spain in 1492, exile Jews might use these amulets to pray for peace where they were exiled. According to Sabar, Hamsa was also later used in Europe “as a distinctive sign of a priest or flamen”.

The image of Hand of Fatima we see today is mostly an open right hand, a symbol of protection, strength, and blessing. In North Africa, it is a common theme for gold and silver jewelry products and ornaments. (Traditionally silver is the main material, because it symbolizes purity and has a certain magic power.) Sometimes it is also painted in red (or the blood of the sacrifice) on the walls of homes or on the doors of newborns and pregnant women for peace and blessing. Two different situations occur here. The first is the five fingers separated and not closed, symbolizing the protection of people from evil forces. The other is the five fingers close together, symbolizing good luck for people. In addition, there are some relatively stylized Hamsa hands. It is difficult to see the image of the hand, but it is composed of a circle symbolizing five fingers.

Palm amulets are not only of great significance to the Arabs and Berbers, but also to the Jews. The Jews have adopted this hand as a symbol since Moses received the Ten Commandments. Hamsa meaning is also rooted in Jewish culture as a symbol.

It is precisely because the hand of Fatima or Hamsa has a meaning for both Jews and Muslims that in recent years it has also become one of the symbols of peace in the Middle East. Some activists working for peace in the Middle East believe that the hand of Fatima appeared earlier than modern Islam and Judaism and was also retained by believers of both religions, so it can better highlight the similarities between Islam and Judaism and the origins of the two religions. As a result, the commonality is more emphasized, and the purpose of easing conflict is achieved. It reflects the good wishes of the peace activists.

In addition, aside from all kinds of additional legends, hypotheses, and decorative objects and amulets extending from this image, they have extremely high decorative and artistic value, and they are precious cultural and artistic wealth of mankind.