For thousands of years, rings have not only played a role of decoration, but also have many other functions. Among them, the most enduring use is seals. In an era when few people can read and write, seals are essential to rulers, government officials, and other important rich people. It turns out that the ring is also a unique seal that is most convenient for one to carry so that it can be used at any time. Signet rings are usually made of gold, a soft metal that is easily engraved with monograms, shields, or other identifying symbols. There are also signet rings inlaid with an intaglio gemstone engraved with the owner's unique mark or badge. 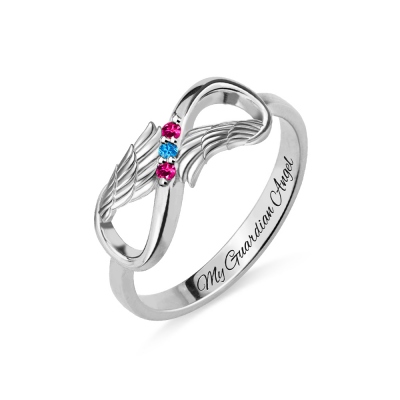 In ancient times, the Egyptians, Greeks, and Romans used seals, but the patterns of each civilization were different. For the ancient Egyptians, scarab rings were the most common form of signet ring. The most common form of signet ring was made of pure gold or carved rock, crystal or amethyst with gold thread. When the scarab turns over, hieroglyphs are engraved below, depicting its owner's name and title-usually a senior official or priest.

This ring is from the reign of Amenhotep III, 1391-1353. Its carving is very fine, with hieroglyphs engraved on the bottom, which reads: "Neb-maat-Re", Amenhotep III's prenuptial agreement, outside the ring: "beloved of Amun", inlaid on a modern gold ring.

The ancient Greeks liked to make fixed frames with soft metals such as gold, silver or bronze. In the later period, various precious and semi-precious stones are often used, which are engraved with natural (especially animal) patterns, portraits of owners or miniature patterns of famous Greek sculptures.

Signet rings were very important to the ancient Romans, and their gold stamps would get bigger and bigger with time. They are also inlaid with many different gems, engraved with the portrait of the owner, and many images depicting other aspects of Roman life. From the motifs of gods and goddesses to symbols of love, ancient Rome's signet ring means more than just an official seal, it also means the personal artistic expression of wearing it - just like an artistic jewelry.

By the Middle Ages and the 19th Century, totems became the most popular ring motifs. A family's totem or badge reflects the owner's pride in heritage, and totem carving can be very simple or extremely detailed.

As collectors keen on collecting antiquities, rich people began to buy ancient carved stone and reliefs, and they could make them into signet rings. By the end of the 19th century, the importance of the seal and its public use had declined significantly, but its symbolic significance as a piece of jewelry had surpassed its original function, and it has received increasing attention.

Today, although the signet ring is not used for seal purposes, it is an old and popular ring design theme. The most common designs include square, oval, or shield-shaped bezels engraved with the wearer's family crest, shield-shaped coat of arms, golden yellow initials or monograms, and more ornately set with carved gems and hard kind of stone.

Contemporary designers use the blank space of stamps to pursue artistic freedom and create whimsical versions of traditional design. Whether new or old, the signet ring is an eternal capsule of time, which is both a personal embodiment of it and a microcosm of the era in which it was born.