Wearing a ring is the language of love. The ring is generally worn on the left hand (it is not convenient to wear on right hand for right-handed). In fact, people used to be very particular about wearing rings. The ring represents a person's commandments. It represents a person's identity and status and a symbol of wealth. It is also a noble pursuit and eternity. The ring is also an emotion expression in love, and the ring is usually worn by men on the left and women on the right. Nowadays, people seem to pay less attention to the past wearing rules, and wear it with their wishes and likes. But there are still some specific meanings that need to be understood.

First of all, you have to find some suitable rings, instead of putting all the rings into the fingers from the drawer! Some girls like ring styles set with sapphire and beryl, and some people like the simple ring that may be set with some small diamonds, pearls or a style that has a sense of design. 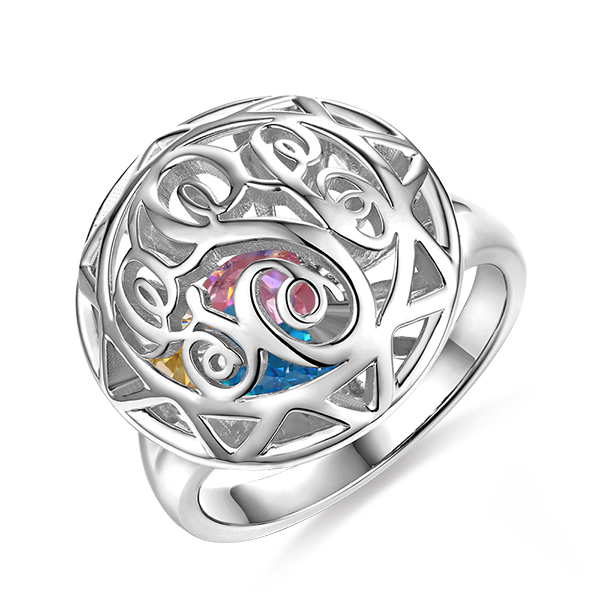 As for the right hand, there is also one finger that traditionally makes sense when wearing a ring: the ring finger. The right ring finger meaning is that wearing ring on this finger has the heart of a nun.

The birth of the ring dates back more than 3,000 years ago when there was no ring. The ruler of Egypt has the habit of bringing the seal of authority on his body at any time. But it was too cumbersome to hold on the hand, so someone thought of putting a ring and putting it on the finger. Over time, people found the small seals on men's fingers is pretty, so they were constantly improved, and it evolved into a women's jewelry. This is the origin of the ring.

As for the meaning of wearing a ring, there are several versions of the explanations. One of the more common ones is:

Which finger to wear wedding ring?

Wearing on the thumb means chasing (the pursuit of the lover with action).

Wearing on the index finger means asking (only for the inner desire for love).

Wearing on middle finger means settling (already in love or has been engaged).

In foreign countries, not wearing a ring also means “I am single, and you can chase me." Modern people are not very particular about this set of rules, as long as they like it, it doesn't matter which finger they wear.

The ring leaks the "heart story", do you know rings and their meanings？Rings are more than just decorations. What kind of ring do you like to wear? Which finger you want to wear will reveal your heart story.

In terms of international traditional standards, the left hand is generally more formal to wear the ring. If someone wears the wedding ring on the right hand, it is ignorant and ridiculous. The right hand is usually decorated, or the specific meaning of the nun. If you are an ordinary people, wearing the ring on the right hand is very casual and vulgar performance; Another special warning for girls, do not put your ring on the thumb of the left and right hands, because in international standards, that means you are a misbehave person.