EMAIL US
Precious gemstones are always very delicate and require special care; beautiful gemstones provide beautiful enjoyment and people need to maintain its beauty; valuable gemstones are worth collecting and investing, but if people keep it beautiful, it will be more valuable. After all, the precious tanzanite needs people to take good care of it. So here will show you how to maintain the tanzanite. 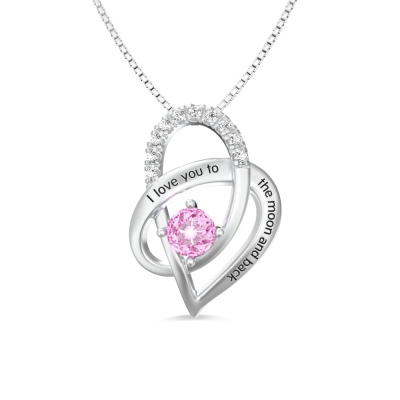 What is tanzanite? Tanzanite is a basically blue zoisite stone variant found in Tanzania in 1967, hence named Tanzanite. Tanzanite is a unique bright blue color, often with varying degrees of purple hue. It is purple-like lavender when it is lighter in color; it has strong trichromism, and it is blue-lined violet red-angid green-yellow; When heated to 400-500 degrees, its yellow and brown hue disappears, the blue color deepens, so many tanzanite blues are heat treated; the glass is shiny; generally contains no inclusions, but sometimes contains parallel arranged small tubular inclusions, even become cat eyes tanzanite. Tanzanite is usually processed into a circular or elliptical mixed facet type, which can also be processed into a stepped shape. When the orientation is correct, the finished mesa should be blue.

Every beautiful gem has a beautiful and touching story. Tanzanite is no exception. Tanzanite is a relatively young gem. It has a long history of being discovered, and it has been sold to Europe and the United States. It is relatively small in the domestic market. There is still very little domestic understanding of tanzanite, and there are very few known stories about tanzanite. It’s better to relive the beautiful and touching story that happened on Tanzanite. The beautiful love story of "Titanic" touched the hearts of a generation. We may remember the beauty of Rose. We may remember the occurrence and development of their love, but I don't know if you still remember the huge gemstone pendant that Rose was wearing at the time. Gemstone pendant - the heart of the ocean. Rose is beautiful, there is no doubt, but we believe that the beauty of the heart of the ocean makes Rose more attractive to attract Jack. The heart of the ocean is the tanzanite gem, which is the experience of the occurrence, development, and catastrophe of their love. This tanzanite seems to be a love stone, infused with the love of Jack and Rose.

In addition to that beautiful love story, the discovery of Tanzanite's itself is also a legend. In the summer of 1962, a fire broke out on the grasslands of Tanzania. After the fire, people found a fascinating gem in the black scorched earth. It turned out that the original stone of tanzanite was born like a phoenix after experiencing a high temperature. The purple-blue flame of tanzanite quickly sparked a worldwide storm, which was called "the gems of the 20th and 21st centuries." Due to the increasing global appeal, the demand for this gemstone jewel has soared. In the two years of 1998 and 1999, Tanzanite was on the top of the best-selling colored gemstones. In 2002, Tanzanite was chosen as the birthstone of December (this is a change in the birth of the stone table since 1912), and she is seen as the ideal stone to celebrate new life and new beginnings.

In this era of rapid development, people's life and work pressures are getting bigger and bigger. The energy of tanzanite can alleviate the mental stress and pressure caused by the rapid development and compact life pace of modern people, and it can bring more inspiration to add new ideas for people.

Thanks for Subscribing!
Trustpilot