The Origin of Tree of Life

The full name of the tree of life is Kabbale's Tree of Life, also known as the Tree of Sephiroth. "Kabbale" is a mysterious philosophy of Judaism, and it is said that its most primitive roots come from Egyptian culture. According to legend, the concept of "Kabbaleh" was fully expressed in this law by Moses, the editor of the Jewish law "Torah". The tree of life is the core of Kabbaleh's thought. It is regarded as the blueprint of God's creation of the universe, or the structural map of the deity. The tree of life is not just a pattern that exists on paper, but a real existence, a three-dimensional universe, which is the universe in which we exist. 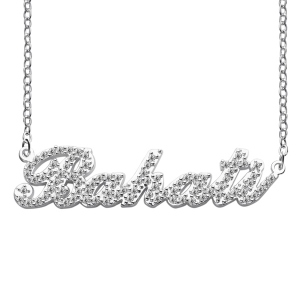 The tree of life is a mysterious symbol used in Judaism. The tree of life is used to describe the path to God and the way God created the world from nothing. Kabbaleh scholars use the tree of life as a diagram of creation, thereby developing the concept of creation into a completely realistic model. It is believed that Kabbaleh's tree of life is equivalent to the tree of life mentioned in Genesis. According to Old Testament Genesis chapter 2 verses 8-9, the tree of life is located in the center of the Garden of Eden: “Lord planted a garden in Eden in the east, and put the people he made there. The Lord made all kinds of trees grow from the ground, so that they may be pleasing to the eyes and be good food. In the middle of the garden is a tree of life and a tree of knowledge of good and evil.” This tree is the origin and carrier of everything in the universe. It is full of vitality, and its dense branches and leaves cover the whole world.

This tree of life is composed of ten sephiras and 22 passes. Human beings are in an individual (kingdom), going through 22 passes to ten sephiras, and going on a journey of meditation until (crown). In addition, it is said that each circle has an angel who guards and guides people.

Tree of Life Jewelry for Mother

Gentle pearls have always been a symbol of beauty and generosity. The round and shiny Japanese Akoya pearls, set against 18K rose gold and diamonds, are connected to each other into an olive branch shape that represents hope and harmony, interweaving a warm family tree pendant, let the warmth of the home often accompany the body. The soft luster of pearls adds elegance and is the best gift to a noble mother.